UK Franchises For Sale and Franchise Business Opportunities
All Franchise Categories  »  Property Franchises  »  Aspray  »  Casestudies
Aspray Case Study
Aspray’s franchisee recruitment team are on the lookout for more potential recruits from a Forces background, having seen how successful one former soldier has been during his first nine months of running one of Aspray’s property claims and loss assessing franchise businesses.

Phil Reynolds spent eight years in the army, acquiring the discipline and skills required for planning and project management.  He left to retrain as a plumbing and gas engineer and was employed in the construction sector for over a decade. This armed him with a wealth of experience and technical expertise in engineering, construction and on-site man management. 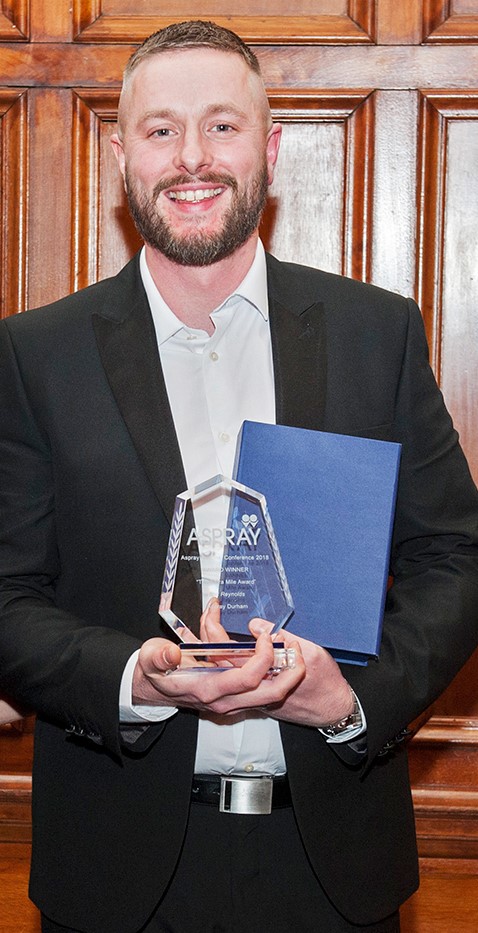 Having liaised with various insurers’ loss adjusters and learned about the domestic and commercial property claims process, Phil contacted Aspray with a view to joining its network of vetted contractors. This contact led to him discovering the Aspray franchise opportunity, which instantly appealed because its requirements were a great match for his skills.

Phil conducted his own due diligence prior to going through Aspray’s robust and thorough selection process.  He recognised that his income threshold in employment would be around £30,000 a year and that, if he worked hard and followed the advice and sales support provided by Aspray to help him build his business well, there was the potential to earn considerably more as a franchisee.  Having passed all levels of scrutiny during the recruitment process and been offered a territory, he decided to make his next career move that of becoming an Aspray field-based loss assessor.

This plays to his strengths, enabling him to draw upon the project and man management skills acquired during his military career and honed through his construction and engineering roles.  However, Phil has thrown everything at his new opportunity, working 40-60 hours a week at times, to not only hit his personal targets, but exceed them.  He believes a hunger for success is a key ingredient in drive and determination and he has the dream of being a millionaire as his motivation.

Much of his work involves escapes of water, particularly in blocks of flats, but fire-related property claims also keep him busy, across a large geographical area in the north east within which types of property vary greatly.

The resilience needed for his role was well demonstrated when he underwent emergency foot surgery but continued to work on his business remotely, man-managing his team of vetted contractors, despite being on morphine.  Never one to miss an opportunity, he even managed to sell his services to the medical staff who treated him!

He believes tenacity is hugely important in his role, where putting the insured property owner’s point of view and entitlement across, during negotiations with the insurer’s loss adjuster, sometimes requires stubbornness.  He fights his clients’ corner passionately and typically refuses to take ‘no’ for an answer, living by the ethos adopted during his army career of never giving up, even if the odds are stacked up against you.

This positive mental attitude has been the underlying factor in the rapid growth of his business, which has so far handled jobs with a gross claims value of £185,000 in the course of just one week.  He has adopted the strategies suggested by Aspray within its franchise model and his franchise is flourishing as a result.

“I believe in continuously challenging myself and doing things beyond my comfort zone, to push myself and achieve.  It is so true to say that ‘everything you’ve ever wanted is on the other side of fear.”

“Phil is a great example of what can happen when a hungry and hard-working franchisee steps inside our franchise model and puts the hours and the effort in.  He will be a great inspiration to future franchisees and is definitely on the fast-track to achieving both his goals and the lifestyle he desires for his family.”

Director of Aspray Luton, Barry Thurston, hosted a very successful launch event for the opening of his new local business.