Redundancy is never easy, even if you do receive a financial package to soften the blow.

As well as the longer-term financial worries that can come with losing a job in this way, there’s often the upset of leaving a company and work colleagues behind, too. But redundancy can also lead to new opportunities and one of those is franchising.

“Many of our Franchise Partners come to us following redundancy,” says Emma Hayes, Divisional Director of Platinum Property Partners.

“I think often they’re not so worried about the financial implications of redundancy because if they’re coming to us, they generally have a good package behind them and they’re keen to invest in their futures.

“I think it’s the mental side of redundancy that affects people more. When you’re working, you know your importance within an organisation, and you have a purpose. I like to think, among all the other benefits our Partners see, that we give them back that sense of purpose when they join our franchise.” 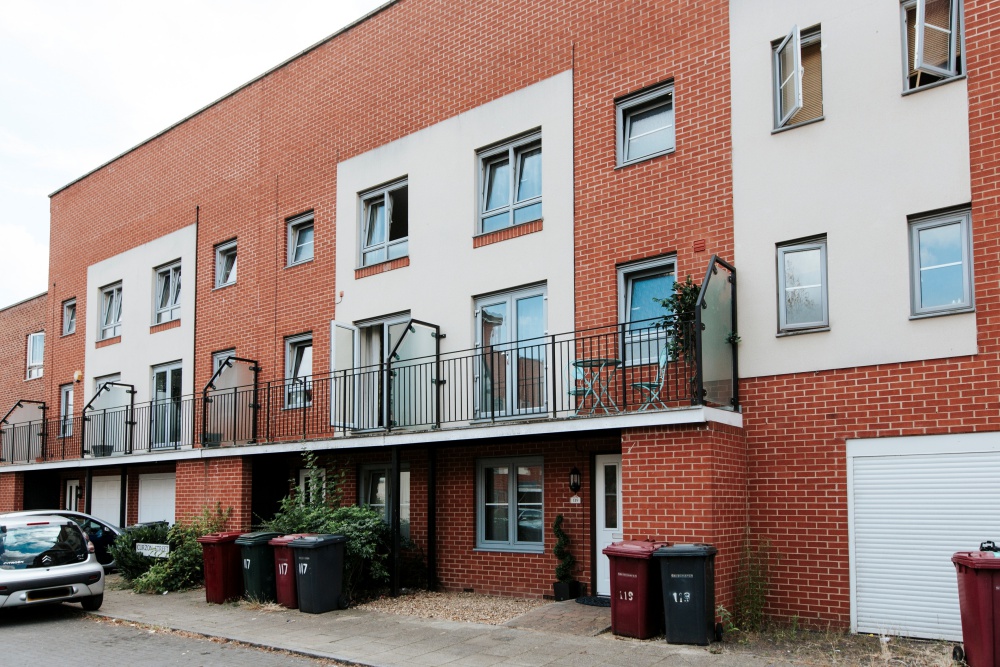 ‘Purpose’ with Platinum comes quickly, too.

The property investment franchise is closing in on its 400th Franchise Partner since its inception 13 years ago.

But the appeal of a more secure financial future through the franchise has never waned – particularly for those Franchise Partners who have been through redundancy. 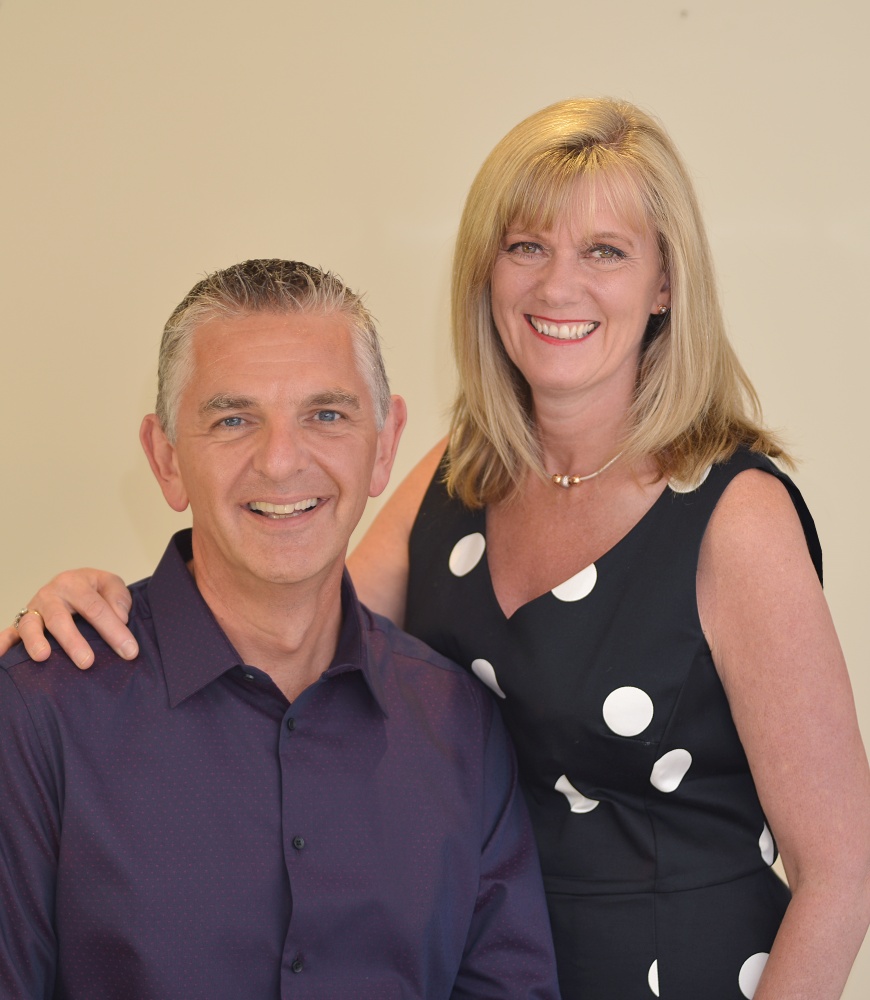 “I was the main breadwinner of the household and in a senior corporate role when I had a redundancy situation forced upon me,” says Paul Watson, who joined Platinum in 2014. “My wife Carol and I had already been through a couple of organisational changes in our lives and once my redundancy situation occurred, we sat down and questioned whether I really wanted to go back into another corporate role.

“We came to the conclusion that we should try to set something up for ourselves with the capital we had available. We looked at investing in care homes and several other ideas, including franchising, but we kept coming back around to property.”

Paul and Carol were already landlords, albeit accidental ones, renting out a brace of maisonettes, including Carol’s former home, with an eye on their children’s futures.

“When my redundancy came up, we were looking at franchising really just to get our heads around it – we weren’t really up to speed with what was out there and available.

“But we signed up for the British Franchise Association’s monthly magazine and when we were flicking through the first copy that landed on our doormat, we came across an advert for Platinum Property Partners.”

A chat with Platinum’s partnerships team followed, as did a trip to one of the franchise’s Discovery Days, which are now fully online following the coronavirus pandemic.

Then, in early 2014, Paul and Carol took the plunge and joined Platinum, starting their HMO portfolio by buying two properties at once.

“We always believed what we were doing by joining the franchise was right,” reflects Paul.

“But don’t get me wrong – it was still scary. When you’re investing a substantial amount of money and it basically has to result in an income for you because you’ve been made redundant, it’s a real leap of faith.

“At the beginning of a franchise like Platinum, all your money is flowing out of your account. It’s all one-way.

“You’ve got your franchise fee, your deposits on properties, you’ve got to pay your builders for the renovation work. There’s a massive outflow of funds and that’s fine if you have another income, but we didn’t, other than the part-time job Carol took on at our local supermarket.

“You’ve got to have real trust and belief in what you’re doing at that point, but when the tide turns and the money starts coming back in from room rentals, that’s when you know you’ve done the right thing.”

Paul is very clear on the structure the franchise gave him following his redundancy – as well as that all-important sense of purpose.

“For me, I needed structure,” he admits. “I’d come from a corporate world and a company where I was very senior and was used to having people and teams around me.

“If we’d done property alone, it would have been a very lonely existence, not to mention having nobody to confirm whether or not the decisions we would have made were the right ones. Platinum provided that structure and purpose through the coaching, mentoring and the clear processes you follow to build your portfolio.

“It’s a case of ‘here is what you need to do and if you follow it, this is the result you’ll get. But not only that, there’s always a go-to person for everything and trying to figure out stuff on our own would have been a really lonely place to be on the back of redundancy.”

After their franchise term ended, Paul and Carol became Platinum Alumni Partners, meaning they retained access to the franchise’s team of property, renovation and finance experts.

But most importantly for them, the Alumni scheme meant they could carry on reaping the holistic benefits of the franchise and remain part of Platinum’s investor community.

“We are a big community, a big family,” says Carol.

“As Alumni Partners, we’re focusing more on the health and wellness guidance and accountability that comes from Platinum. The wealth journey is great, of course, but it’s easy to neglect your health along the way. The Platinum team make sure you don’t fall into that trap. As your portfolio grows, it would be very easy to become fat, sick and lazy,” adds Paul.

“There’s no point in having the wealth without the health and that was one thing we loved about Platinum before we even became Alumni Partners – there’s healthy eating plans, Fitbit challenges, juicing… all of those things are amazing extras that come with being a Franchise Partner and we wanted to continue that as Alumni Partners.”

After six years with Platinum, five HMOs and 33 housemates, Paul and Carol are also enjoying the extra time together that comes with what is a largely passive ‘job’, for want of a better word.

“I’d like to add another house and take our portfolio to six HMOs,” says Carol.

“We’ve got two six-bedroom properties and three seven-bedroom HMOs, so that keeps us busy. It’s not full-time, but it’s not 100% passive either.”

“We certainly get more time together,” adds Paul “With my corporate job, often I would go off to work on a Monday and wouldn’t reappear until Thursday or Friday, so now we have the time to spend together and with our family, too. It’s more of a balanced life and that’s what it’s all about.”

So, having been through redundancy himself, emerging as a successful franchisee, what is Paul’s advice to those facing the same and thinking of franchising in the wake of COVID-19

“Franchises are models, essentially,” he says.

“So, my advice would be, and this is especially true when it comes to Platinum: Don’t try to reinvent the wheel. What you pay for when you join a franchise is a successful formula, so why try to change that?

“There will be bumps in the road, particularly with property because it’s the nature of the beast. But the important thing is to ask for help and keep things simple.”

Find out more about the Platinum Property Partners Franchise opportunity by clicking below now!

Platinum Property Partners We look at three of the most common look at three Brexit property investment ‘myths’ and uncover some cold hard facts about why investing in property remains a great decision for many, deal or no deal.

Top 5 dates to be aware of this year!

Last year was a whirlwind for property investors, and this year looks likely to be jam-packed too. Because of this, Platinum Property Partners look into a few dates we should all be aware of in 2019!

Don’t try to teach yourself how to be a professional – that’s what Platinum Property Partners is here for.

Platinum Property Partners (PPP) feel that this is a great opportunity to take a look at women leading the way in the franchise industry.

No one can join PPP with all the necessary skills and experiences. You don't have to. You will be mentored to achieve things you don't know how to do regarding terms of purchasing property, refurbishing property, finding tenants and operating your houses.Mark Ridout - Franchise Partner

COVID-19 has really stress tested the model, we've seen it in action and it's given us confidence that it's really robust for the future.Paul Reynolds - Franchise Partner

We can't imagine trying to navigate the uncertainty of the COVID-19 pandemic without the help and support of Platinum and the other Franchise Partners. Feeling part of this community is very special to us.Alex and Emma - Franchise Partners

How to plan your corporate exit strategy and why it's crucial that you do! #Franchise…">t.co/sowhGqpikN #Franchise… t.co/lSX4aOcckr