UK Franchises For Sale and Franchise Business Opportunities
All Franchise Categories  »  Commercial Cleaning Franchises  »  Dublcheck  »  Casestudies
Dublcheck Case Study
Len Donnelly decided to seize the opportunity with Dublcheck to create a better work-life balance for him and his family. Len bought an existing Dublcheck franchise covering a territory including Telford and Shrewsbury in February 2006.

Desire For Better Work-Life Balance Lead To Franchise With Dublcheck

Len Donnelly had been working in food retail management for 30 years when, in 2005, he was made redundant. Reflecting on the impact of the extremely long hours demanded by his career, Len decided to seize the opportunity to create a better work-life balance for him and his family. 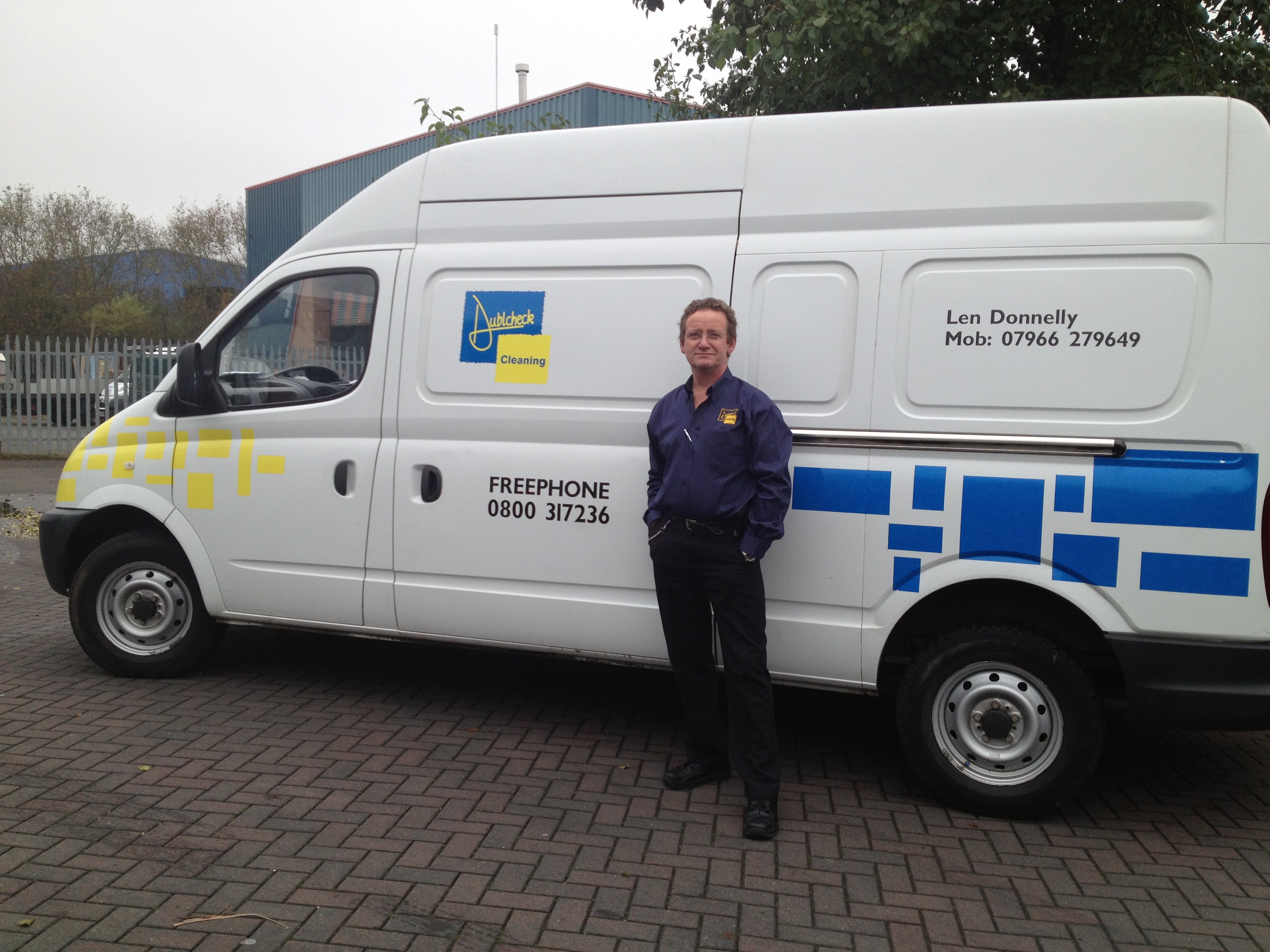 "The schedule of my life had been tipped for too long in favour of work – there simply was no work-life balance! Redundancy gave me the chance to look at a number of other avenues."

Len was determined to move into another sector and to be his own boss, and his research led him to investigate the world of franchising. After exploring the different sectors and franchise businesses available, Len attended the The British Franchise Exhibition in Manchester in June 2005.

He wanted gain further advice and to meet brands face-to-face. It was at the exhibition that he came across Dublcheck, the UK’s leading franchised commercial cleaning company.

"It was great to be able to explore franchise businesses across a variety of sectors at the event and it was a conversation with the Dublcheck team at their stand which helped me assess them as the ideal business with the ideal territory available to meet my needs."

Len bought an existing Dublcheck franchise covering a territory including Telford and Shrewsbury in February 2006. The training and marketing support provided by Dublcheck got him off to a productive start, and he has maintained year-on-year growth since then. He now has three vans servicing the contracts he fulfils in his area.

"Much of my success has been through generating word of mouth business. The high levels of service we provide generates recommendations, plus I remain in regular touch with my clients. The relationship-building side of the business is very important to me and something I enjoy.

The type of contracts and clients vary, from a small hairdressing salon to large factories and office blocks, and even big contracts servicing health centres."

Len’s journey with Dublcheck and his years of service mean he is now well-placed to help new franchisees. He’s a key member of the company’s mentoring system, which is part of the service Dublcheck offers to all new franchisees to further support them in their first year of business.

In April 2013 at Dublcheck’s 20 year anniversary held at Chester Race course, Len was awarded a week’s holiday at the Bellagio in Las Vegas.

"I took the holiday in 2014 and extended it to three weeks with the agreement of Carol Stewart, founder of Dublcheck Cleaning Services, to celebrate, my 25th Wedding Anniversary with my supportive wife Sue.

Since I became a Dublcheck franchisee, the home and work life balance has improved tremendously. I can spend more time with my wife Sue and see more of our nine grandchildren.

We also like to take several holidays each year, at times to suit us, which was not always possible in my previous profession.

I have built up a great team around me with two supervisors taking on most of the daily tasks of running a, leaving me free to get on with life.

I have just celebrated my 60th Birthday and so am often asked when will I be retiring. My answer is: why retire when I am enjoying the life with Dublcheck?"

Annie & Dams chose a Dublcheck franchise as they wanted a business that they could both work in.

Mike Dixon talks about how he started his Dublcheck business.

David Innis shares his experience of of how he started his Dublcheck business.

As a franchise it is comforting to know that you’re using somebody else’s name and system with their backing, and what attracted me particularly to Dublcheck was that there was no hard selling involved.Jayne

The stand out moment for me was when my Accountant advised me to register my company as a limited enterprise as I had reached above a 150k turnover per annum.Mike Dixon

The promise of a guaranteed turnover by the end of the first year was a definite attraction as was the back up of rolling contracts. Having professional salespeople to find customers was also such a benefit which allowed us to concentrate on operational matters.Annie & Dams