Following a two-year break due to the Covid pandemic, Wilkins Chimney Sweep held their annual franchisee conference in Birmingham recently.

The conference was attended by 99% of Wilkins Chimney Sweep franchisees, who travelled from as far afield as Lanarkshire in the North and Brighton in the South to attend.

In a busy agenda, the franchise team addressed such issues as the performance of the network, cross franchising opportunities (purchasing other franchises from within the Taylor Made Franchising group) and how to roll out a new pricing structure. In break-out groups, topics discussed were sweeping kit, best practice marketing tips and how to deal with unhappy customers. 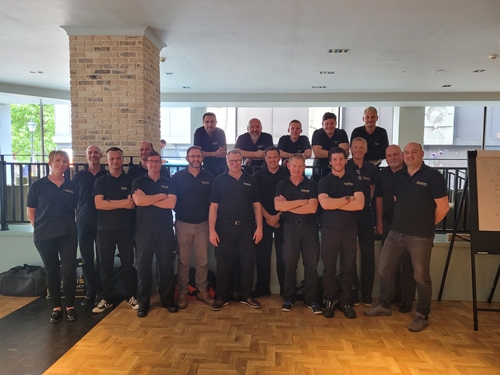 “It was a really great day; so good to see everyone in person after such a long hiatus caused by Covid. I could see the franchisees were really enjoying themselves, engaging in conversation, asking questions, sharing stories, and generally having a great time catching up with each other.  As franchisees, they are independent local tradesmen first and foremost, but they also have this unique support network from their fellow franchisees, and it was lovely to see how much it meant to them all to be back in the same room together.”

“I bought my franchise in the middle of the pandemic, so it was nice to be able to meet up with everyone and put faces to names. I have got to know all the other franchisees via our WhatsApp group, but I’d only met a handful of them in person before the conference. It was a very relaxed event; I enjoyed the talks and the break-out sessions, and I swapped some very useful information with the other franchisees about their tried and tested service providers which was extremely useful.’